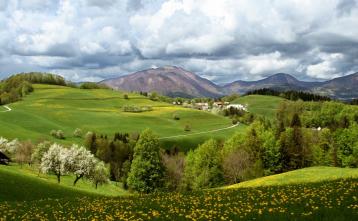 With the desire to preserve and sustainably develop the natural and cultural heritage of the Poljane Valley, the Municipality of Gorenja vas - Poljane in 2020 joined the national initiative of the Slovenian Tourist Board (STO) called the Green Scheme of Slovenian Tourism (ZSST), which advocates sustainable development of destinations in Slovenia.

In essence, the national scheme, through various measures, education, workshops and other applied approaches, helps individual destinations to identify key sustainable elements, and through various activities to encourage local people, local community and companies in the wider field of tourism to be aware and plan their 'green' sustainable future.

The area of the municipality of Gorenja vas - Poljane is definitely one of the green destinations, as the green colour of the unspoiled environment is visible at every step. The destination is one of the most forested areas in Slovenia with a low percentage of urbanised areas. A total of 7,530 people live in the municipality, with an average of 49 living per km2, which is less than the Slovenian average of 102 per km2. There are also no major industrial plants or intensive agricultural land in the area. The landscape component of the environment thus largely reflects the scattered settlement on the flat sunny terraces of the Škofja Loka hills and the settlements along Poljanska Sora River in the valley bottom. The share of natural areas or nature in the municipality thus amounts to more than 90%, which clearly indicates the preservation and care for nature. As a result, the air quality in the area is at a very high level, and waste collection and wastewater treatment are also exemplary.

The Poljane Valley is surrounded on all sides by unspoiled nature, as evidenced by the many protected areas of Natura 2000, such as the areas of Blegoš and Poljanska Sora River and a large number of areas declared as natural values of national and local importance. These larger areas are evenly distributed throughout the territory and are additionally enriched by over 31 individual points of natural value, of which as many as 21 belong to points that are protected at the national level. The municipality also has a diverse flora and fauna, and based on the Report of the Environmental Agency of the Republic of Slovenia, it is not recorded that protected species from the CITES list were illegally hunted, sold or resold in the destination.

Due to its diversity, the Poljane Valley invites you to take a bike trip. To this end, six bicycle rental areas have already been established in the municipality, and even more are planned for establishment in the near future. The municipality is also working faster and is involved in projects for the construction of a larger number of bicycle paths.

Representatives of local entities and tourism try to educate providers in the field of tourism on sustainable development through various media publications and especially personal approaches, thus showing them the possibilities for improvement in their business in the direction of obtaining sustainable certificates, which are internationally valid confirmation of their efforts.

The vast majority of more than 100 indicators included in the report for obtaining the Slovenia Green label show that the Municipality of Gorenja vas - Poljane is recognised as a green, healthy and sustainable destination in both national and local levels.

As awareness of the importance of sustainable development in tourism and all the benefits it brings within the destination at a high level, local authorities also work diligently and meet the well-defined goals of the national scheme and will do so as much as possible in the future. 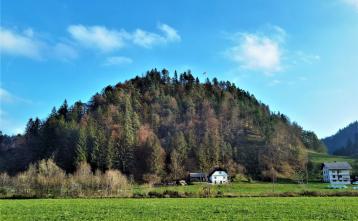 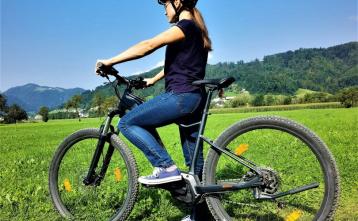 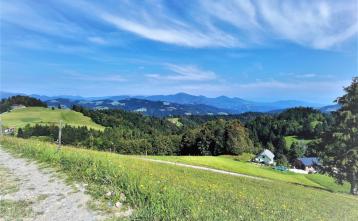